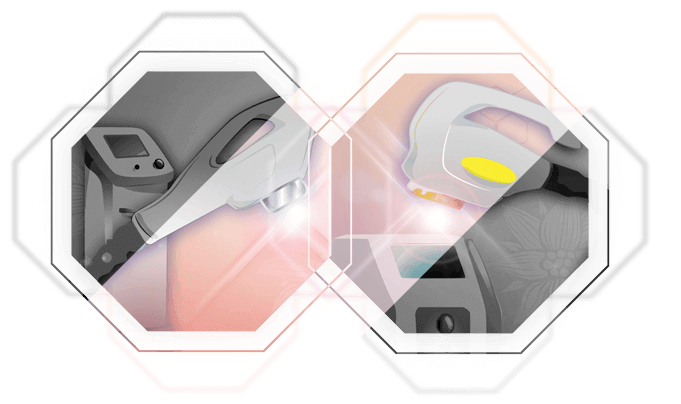 Known laser devices such as the YAG or alexandrite laser or IPL devices emit very short successive light pulses of 2-300 milliseconds. The energy released is 12 – 120 joules per cm². The common feature of the two related methods is that the energy is only transmitted to the hair root via the melanin in the hair. Due to this concentration, temperatures in the range of 65 – 72° Celsius are generated at the hair root. However, this endogenous pigment is not only present exclusively in the hair, but also in the skin. This ultimately leads to the fact that the skin is also heated so strongly with and can lead in the worst case to not insignificant burns. Such a technique is not only painful, but also no longer up to date.

SHR technology uses a different approach. Here, only 50% of the melanin is addressed. The remaining 50% act on the stem cells of the hair follicle, which are responsible for the formation of new hair. Thus, only about 45° Celsius is reached. This is a striking difference compared to the above-mentioned methods which exclusively seek the way via melanin. Due to the parallel effect of the SHR technique, it is possible to work with a significantly lower energy. As a result, the treatment is gentler on the skin and more efficient. The risk of burns is significantly reduced. Due to this optimal distribution of heat, we are able to perform a treatment completely painless. 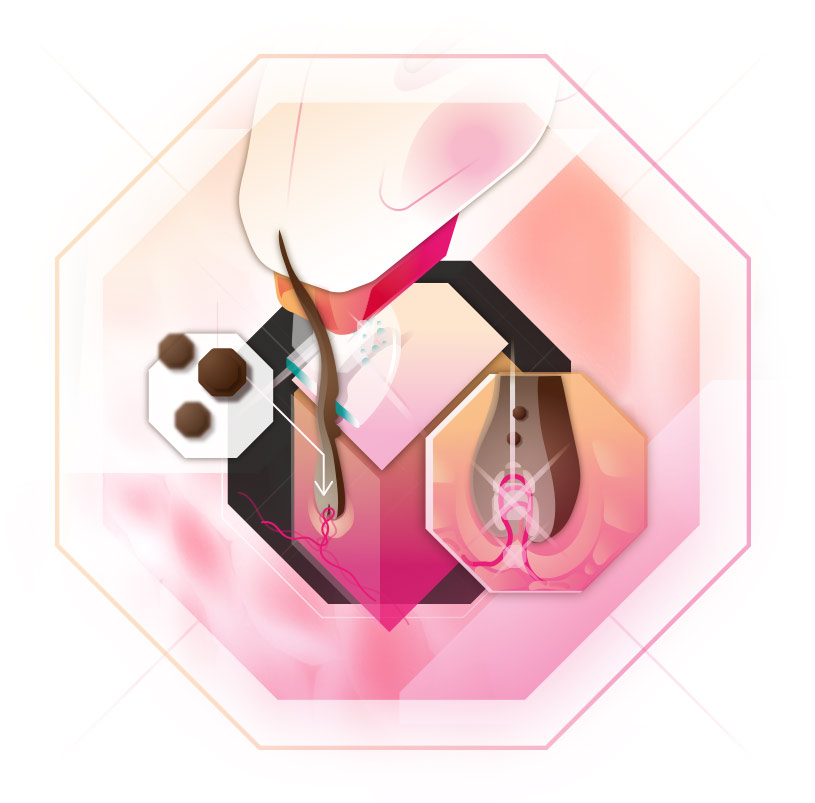 Targeted heating of the stem cells denatures the protein responsible for nutrient supply and ultimately leads to the fact that no more hair can grow back. This result is brought about by the XENOgel® method. The first component of this method is the pioneering SHR system. The second important component is the use of a crystal gel. Here, the crystal gel acts as an effective catalyst for light optimization and at the same time works the other way round when it comes to cooling the skin after treatment. Skin irritations are thus reduced to a minimum. 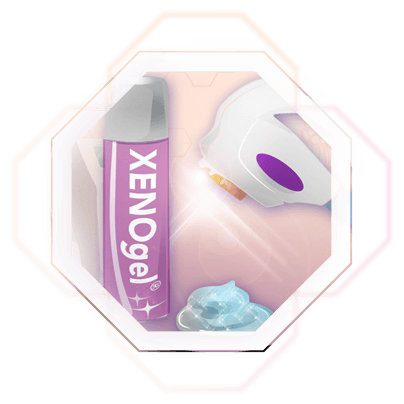